I have started experimenting with Optical illusions in my letter forms, by using the optical illusion image shown in my last post and below. 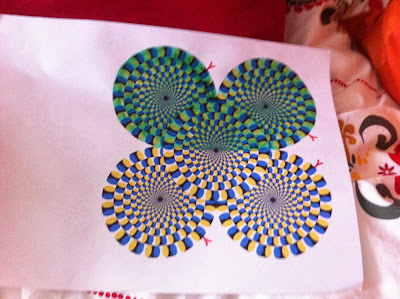 I am particularly aware that the colour contrast is the reason this optical illusion works but when put into a letter form I found that they were so bright that the legibility of the glyph was sacrificed. I also found that the intricate and delicate patterns in the centre of each circle are instrumental in the function of the optical illusion and without the small scale accuracy of a digitally designed glyph I could not make the illusion work. Below is an attempt at working the illusion into a upper case B but it just really didn't work. 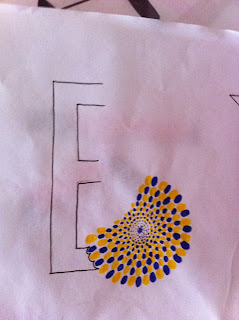 Another idea I have been experimenting with is the way light may dazzle and damage the eye when experienced directly. So I had a go at cutting out the shape of the upper case N in Helvetica on black paper. This letter choice was to do with the angular shape; hopefully helping to convey the cutting qualities of light. I then looked at shining an artificial light source behind the cut out. The end result is below and although I like the idea, it would be so difficult to get any number of pictures of a good quality, especially because I have not had the induction to the photography equipment yet. I was using quite a high quality camera but getting a sharp image when the light source is behind the thing you want to focus on is very difficult especially when dealing with low iso. As you can see I would need someone professional to help me get the pictures I would require were I to continue with this concept. 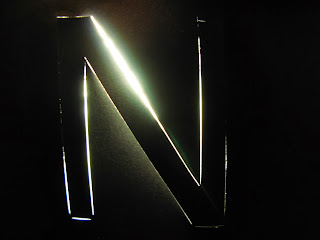 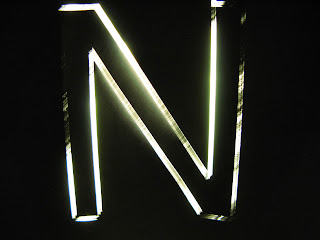 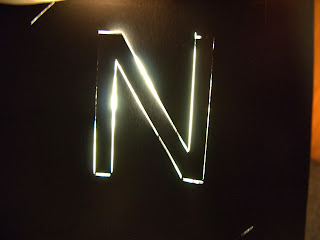 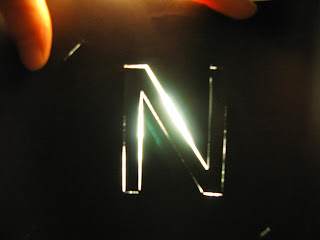