After Going away for the night each member of the team had a chance to think about the ideas we had come up with during the day and develop some of them ourselves. We had talked about the strong and decisive look we wanted to achieve with our pack graphics and so Alex came back the next day having acted on these ideas. The group responded really positively and we decided straight away we wanted to use the typeface Langdon as part of the look of our pack. We also loved the use of the brown paper envelope not only simply for the way it looked but also for the perfect juxtaposition of concepts it provided. The most common use of brown paper envelopes is school reports and official documents, creating quite a formal and controlled image, but the by printing our crass and in your face name on it the impact is increased and the tongue in cheek tone of our product captured. 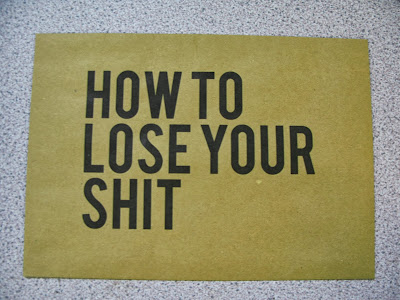 The picture below shows the lower case version of the Langdon typeface, which bares a striking resemblance to the raise text found on bank and credit cards, helping to suggest valuables in the odern and digital sense as well as the physical. We really loved the look of this but felt that consistent use of it throughout our pack would be far too busy. So we decided to try and mix the use of the upper and lower case versions of Langdon where it seemed appropriate. 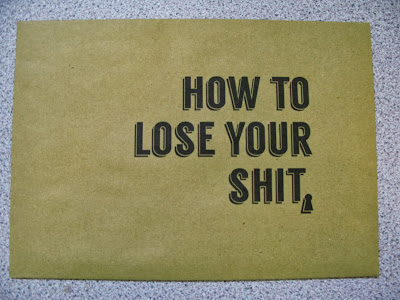 Alex also produced a simple key hole shaped graphic inspired by the drop shadow on the Langdon typeface. Once again acting on a discussion we had had the previous day about the distinctive look such a shape had. Everyone loved this and decided to use it as a visual stimulus for further development of the project. 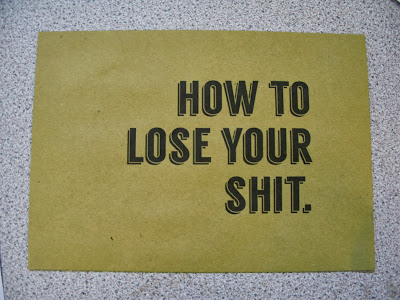 Alex also printed a large version of the lock on the back of the envelope, making the envelope its self look like a lock. We discussed all these visuals and used them as a catalyst for further ideas generation and definition of the look and feel we wanted to achieve. 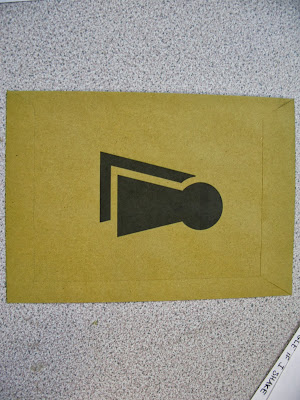