I have started to play around with the concepts I separated from the main idea of the letter forms damaging the eye of the reader. I have tried reducing the shape of the letters down to their "skeletons" in an effort to achieve a sharp and cutting look (the W at the top of the page) I also attempted creating an optical illusion through the use of lines both inside and outside the letter forms to confuse the eye directionally, I like this idea but felt it didn't necessarily really confuse the eye. Continuing on the theme of lines to create optical confusion I looked at varying the distance between the line inside the letter to create a slight distortion of the letters silhouette but once again I just felt this didn't work very well. At the bottom right you will see that I tried to produce a sort of depth optical illusion that would draw the eye away from the letter shape and confuse the eye. However, this obviously didn't work so I have started to collect a few optical illusion images and experiment with combining them with letter forms. 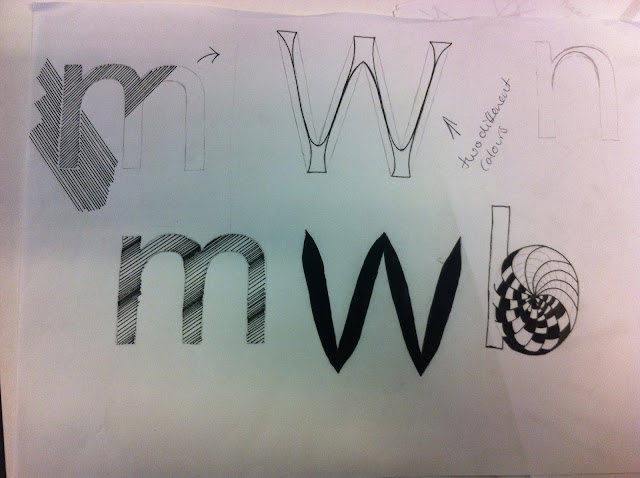 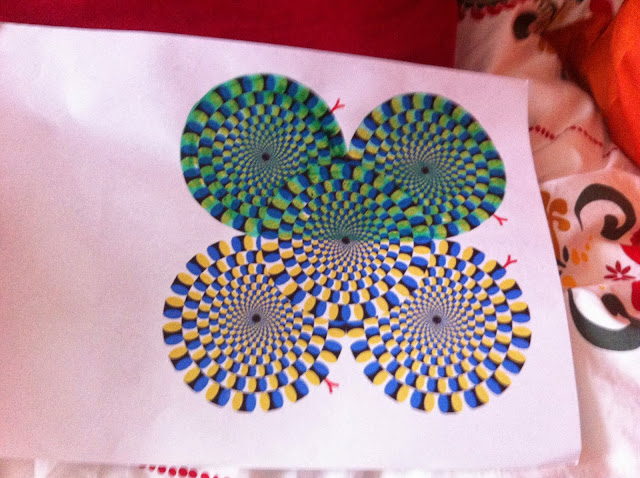 When looking directly at the image it seem just like a dense pattern but as the eye wonders away from it  the rotation of the circles increases. I have chosen to work with this style of optical illusion not only because the circular shapes that make it up would work well in the counters of many letter forms but also because when considered in situ on a page of text as the eye move away from the letter form while reading along the line it will become more and more distracting and irritating.