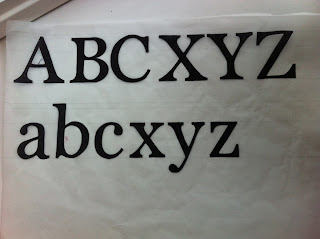 Above is the regular starting point for my exploration into creating a typeface. Taken from the font Georgia the brackets have been softened and some intersections have been curved. 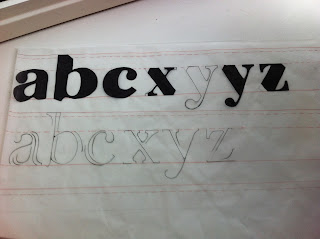 The first tests involved creating bold and light versions of the font, this was done by taking the letter forms to their furthest extremes in an attemt to identify how different two fonts in a typeface could be but still relate to one another. The small touches such as the cut off corners of the bold font were added to create distinct fonts withing this typeface, not just the same font with line wieght variations. 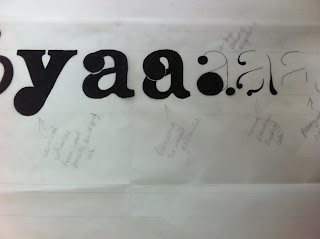 Taking the idea of a sable inspired font the next sketches looked at increasing the terminal size as if ink had collected there after the letter form was drawn. This created an interesting look for a bold font. 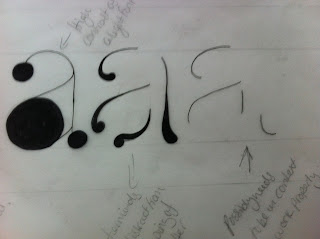 The creating of a light font through its construction in lines can be found earlier in this post but Taking this even further produced interesting results and will undergo further experimentation, including the contextualisation of letters once more than the basic six shown above have been added.
Posted by Beth Taylor at 11/24/2013 07:53:00 am