Below is a final alphabet for studio brief 02. 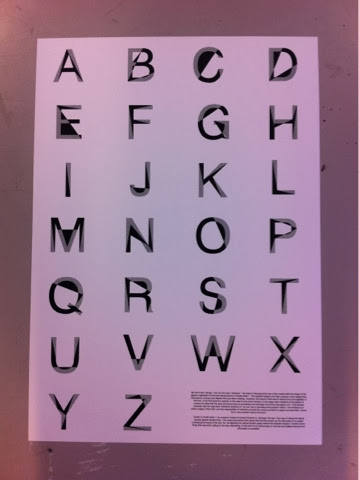 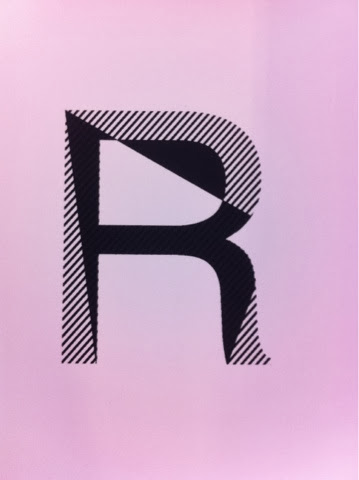 The letterforms were developed from the 'W' chosen from the ten letter forms from studio brief 01. Overall I feel that these letter forms are more successful in conveying the concept of 'damage' than the ten letter forms from brief 01. At the beginning of this brief I was aware that the concept of damage being caused to the readers eye had not been conveyed by the final designs of studio brief 01. So I went back to the drawing board and tried to keep the designs as simple and communicative as possible.

The incorporation of the representation of a beam of light in the way the angles of the letter lie works well on two levels. Not only does it cut and distort the letter form making the eye struggle to identify it slightly, in a sense damaging it, but it also is a subtle reference to the way light may damage the eye. This is something discovered during the earlier design development, but felt the ideas I was playing with was far too oblique. The most successful aspect of these designs is the way that they appear relatively simple yet manage to convey the message of damage in a number of ways.

A less successful aspect of these designs would have to be the slight lack of perfect alignment of the two layers of each letter form. In retrospect this could be because the clipping mask used to create the line silhouette letter form includes the outline where as the angular letter form may not have included this outline, causing a slight difference in size. Another area that disappointed me was the fact that the purpose of this font was to damage the eye of the reader, and in so doing convey the concept of damage. To do this the fact that the letter forms themselves should not be damaged not only to avoid doing something blatantly obvious and unimaginative but to confuse the message. However, arguably the angular shapes I have reduced the letter forms to are damaged but this somehow doesn't effect the message being sent too much and in this moderate form possibly enhances its clarity.