Because I have decided to create one really good print menu, Simon suggested creating some posters for the studio to draw the students attention to the menu. I wanted to use the pattern the I designed for the belly band from the illustrations inside the menu to help establish a continuity and a clear connection between the separate pieces. 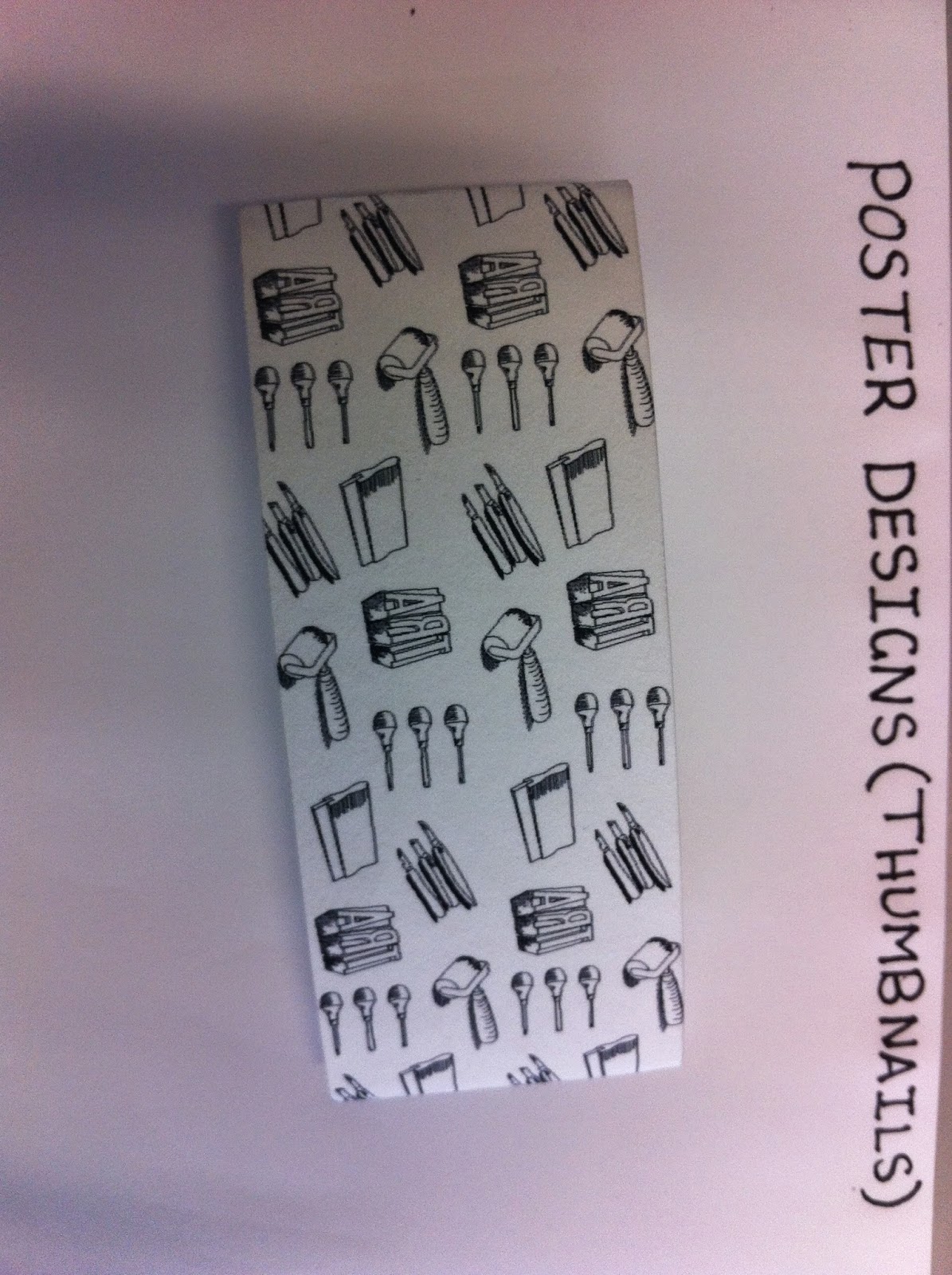 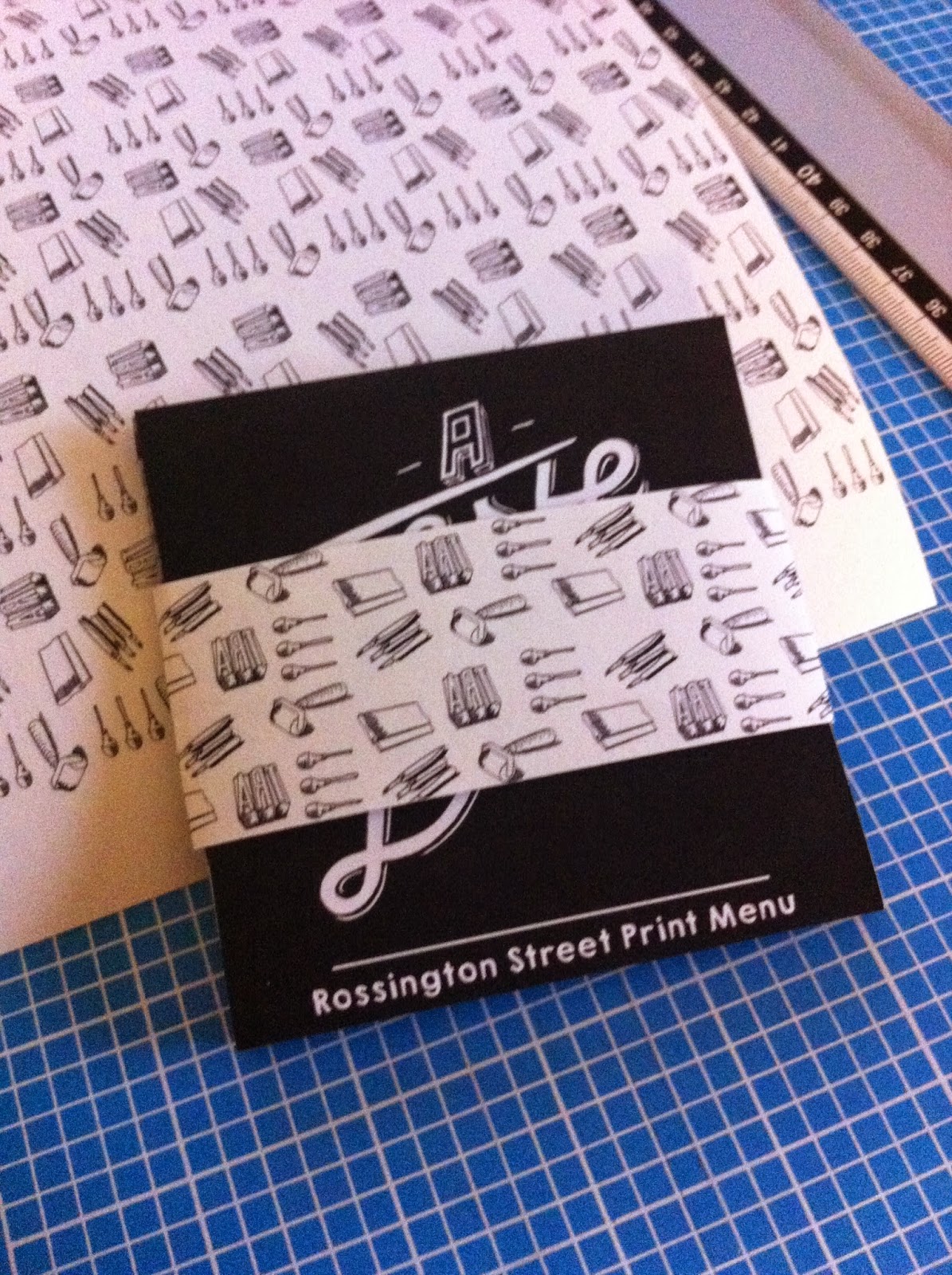 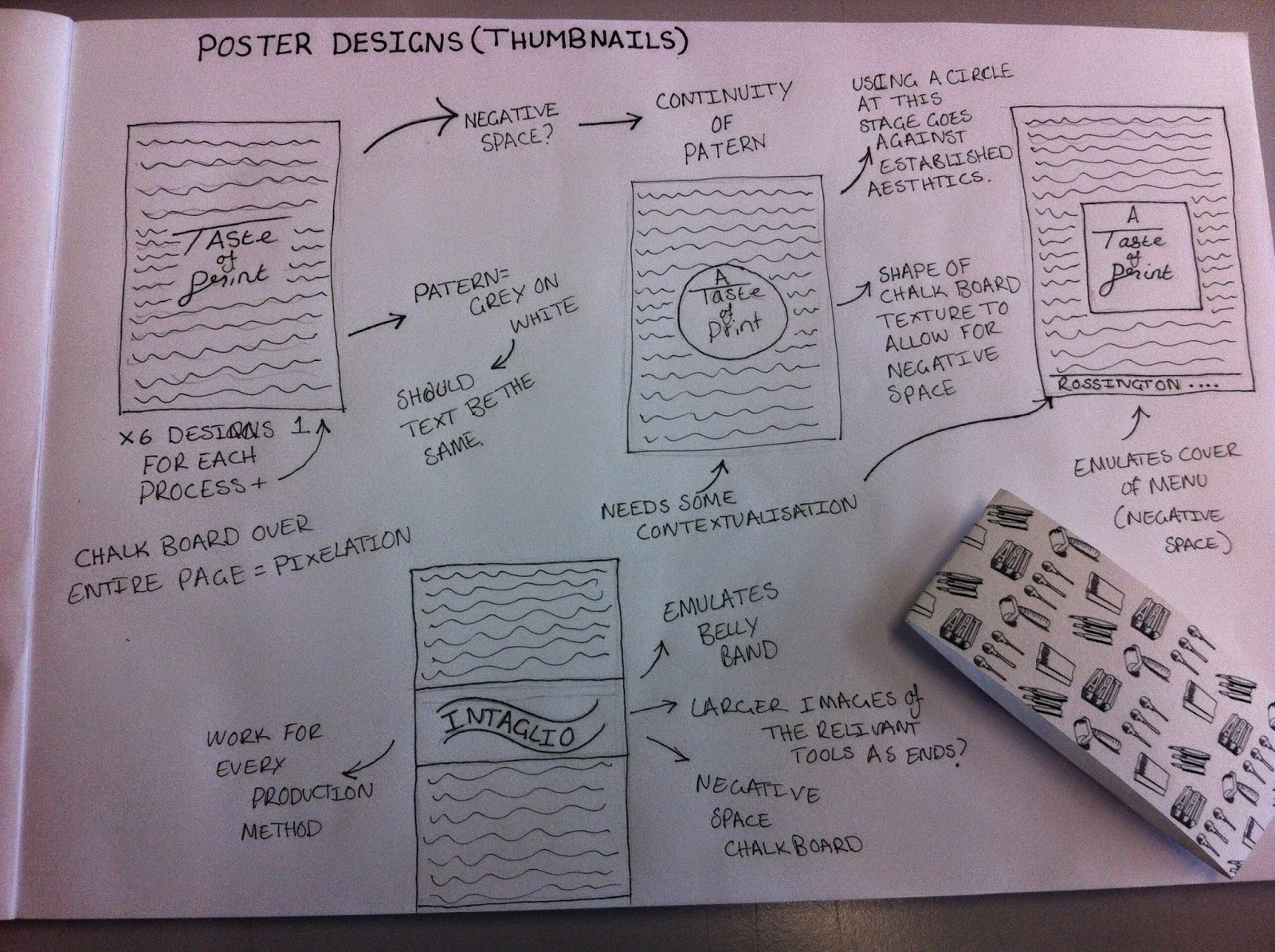 When I started creating thumbnails for the designs I realised the difficulty of combining a positive pattern with negative space text. I looked at trying a number of different shapes of the chalkboard texture to put the white text onto. I decided that I definitely wanted to maintain the white text because to change this would break the established negative space text throughout the menuHowever, making the pattern negative would break the link to the belly band, so I needed to find a way of combining them. I also wanted to maintain the scale of the pattern because at a smaller scale the lines in the pattern would dominate the page and obscure the images that make up the pattern. Also, by maintaining the scale it clearly links to the belly band. Although I drew up a number of ideas for the general menu, I think that perhaps the best way to approach the posters is to do them for the production methods only, because anything more would be unnecessary and it makes the menu its self feel more precious and as if it provides something more and leads on from the posters. 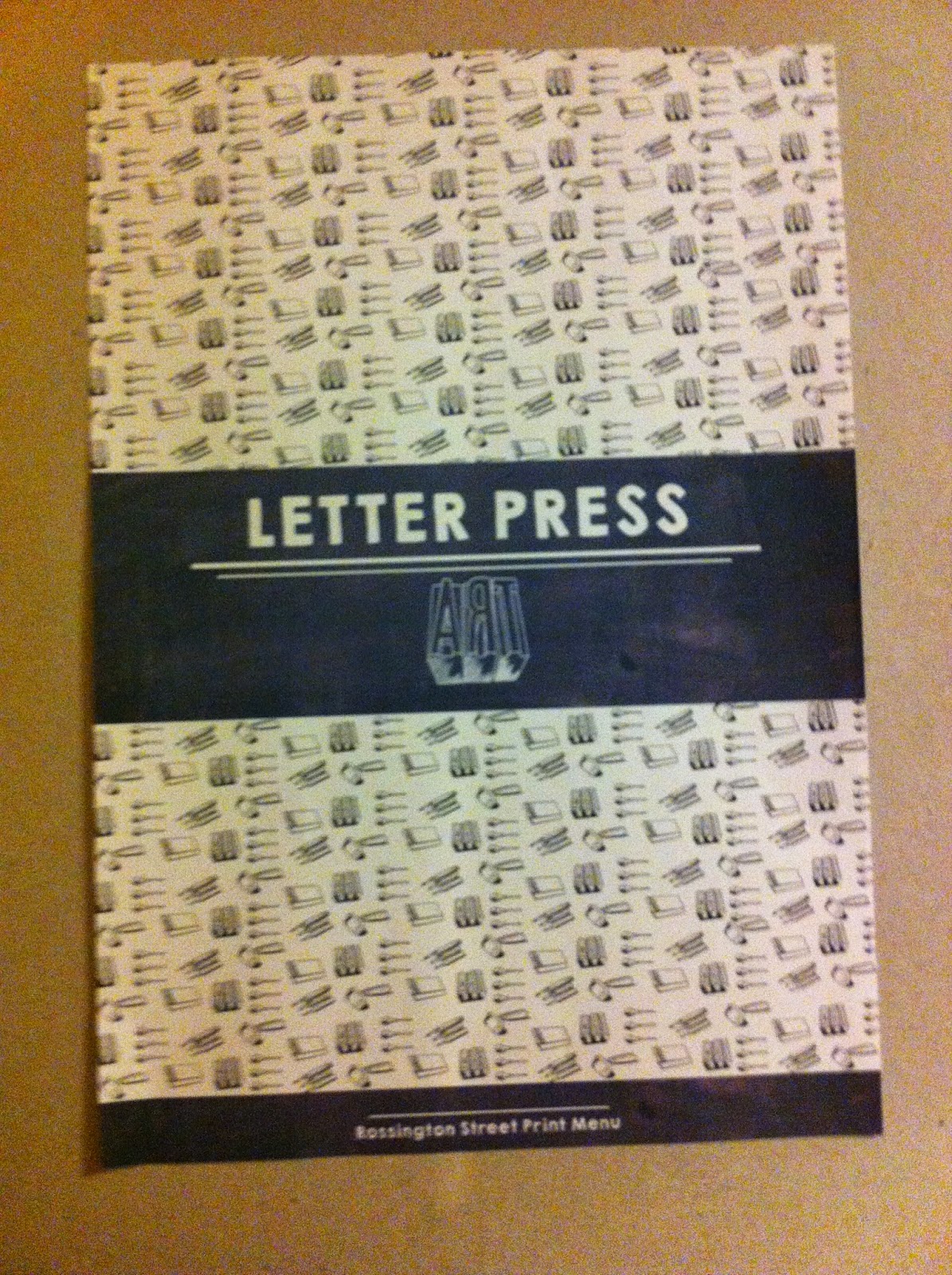 After some experimentation I decided on a banner shape because it draws from the belly band on the menu and allowed the set space for the text for the production processes. I also wanted to integrate the relating tools in a way that suggested their use. So, for letter press I put the letters below the text to suggest the downward force of the press. 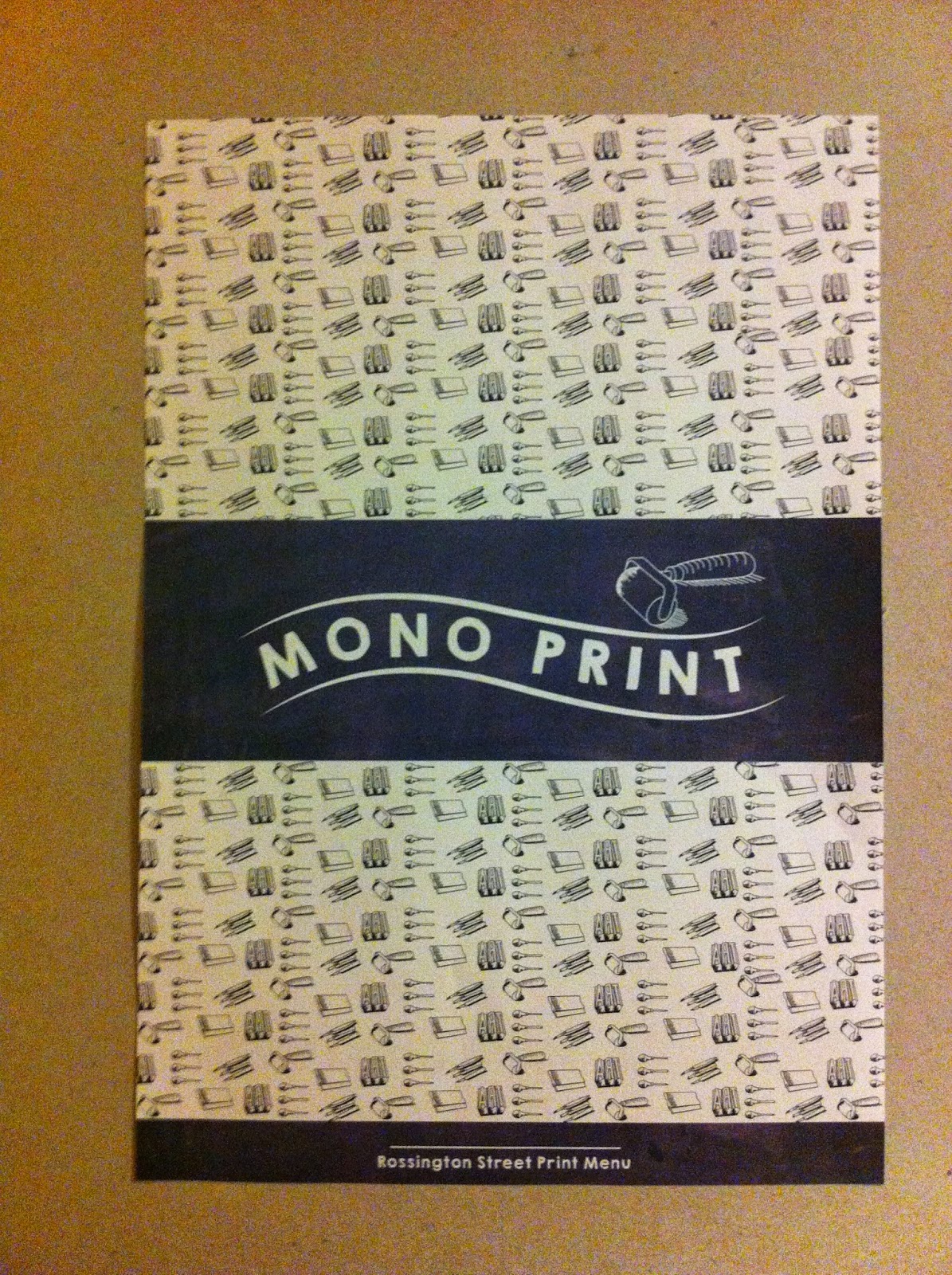 The mono print roller is intended to look like it is rolling over the word its self. 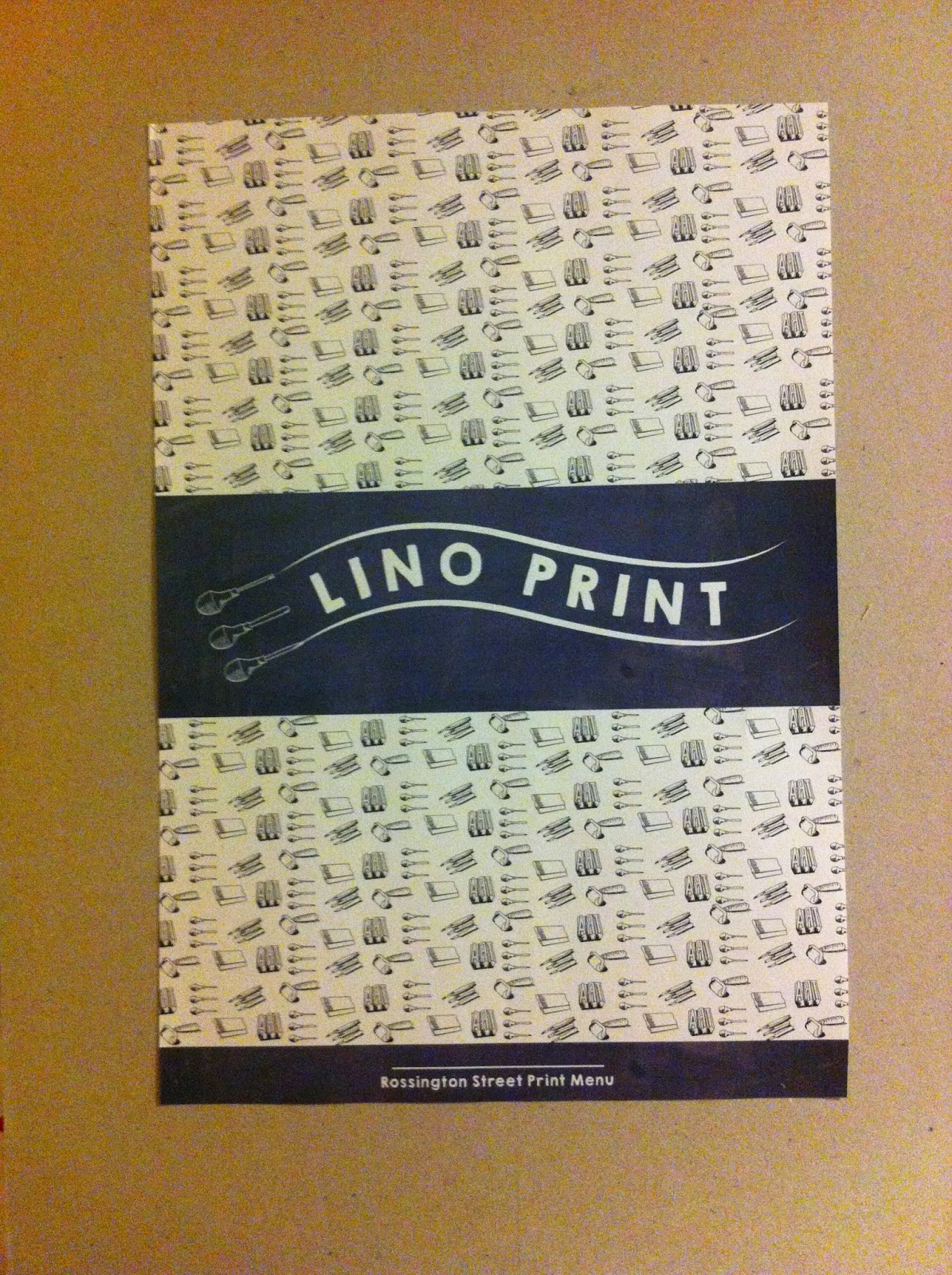 The lino cut tools are cutting out the word. 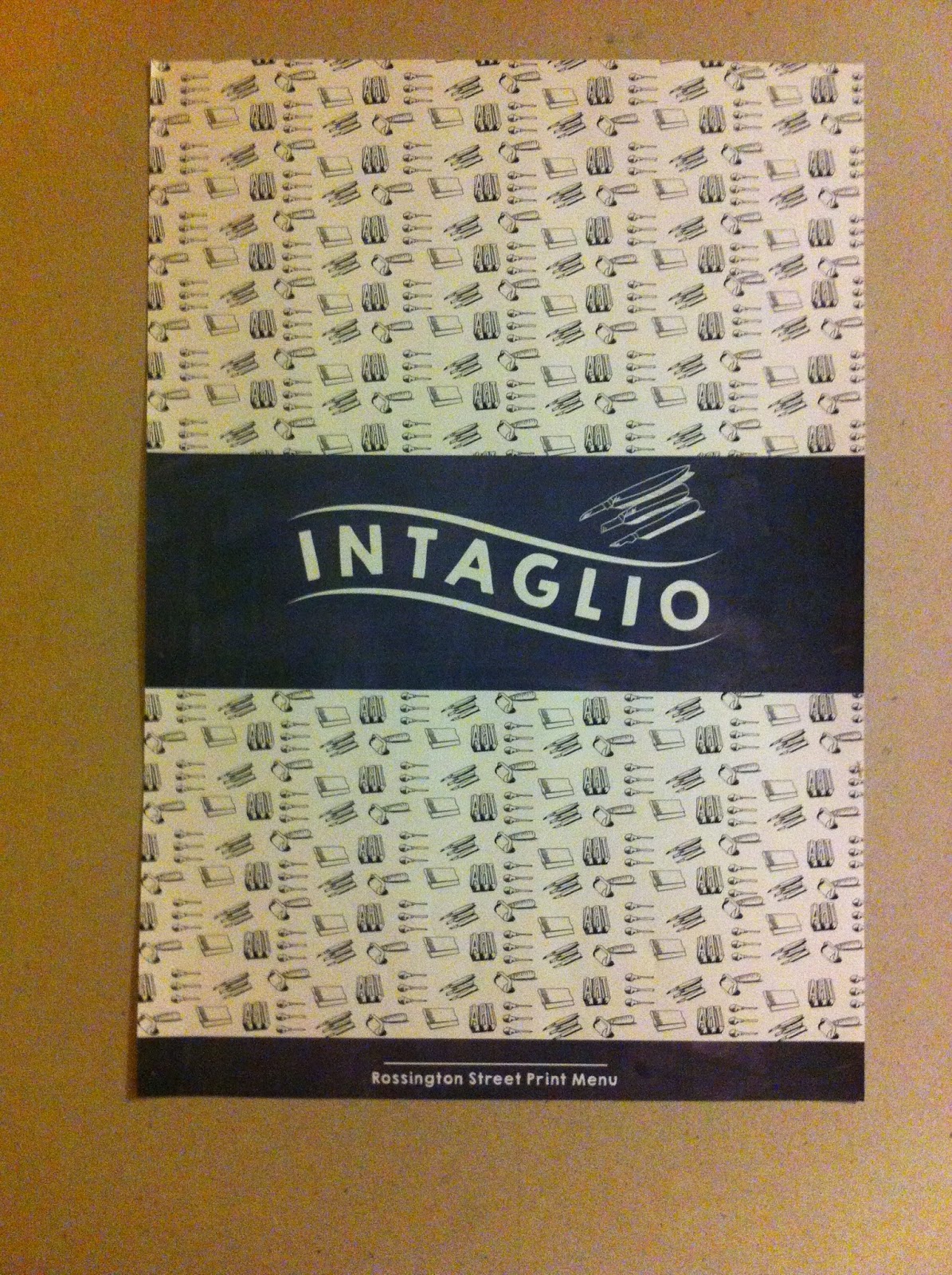 The etching needles are poised to engrave. 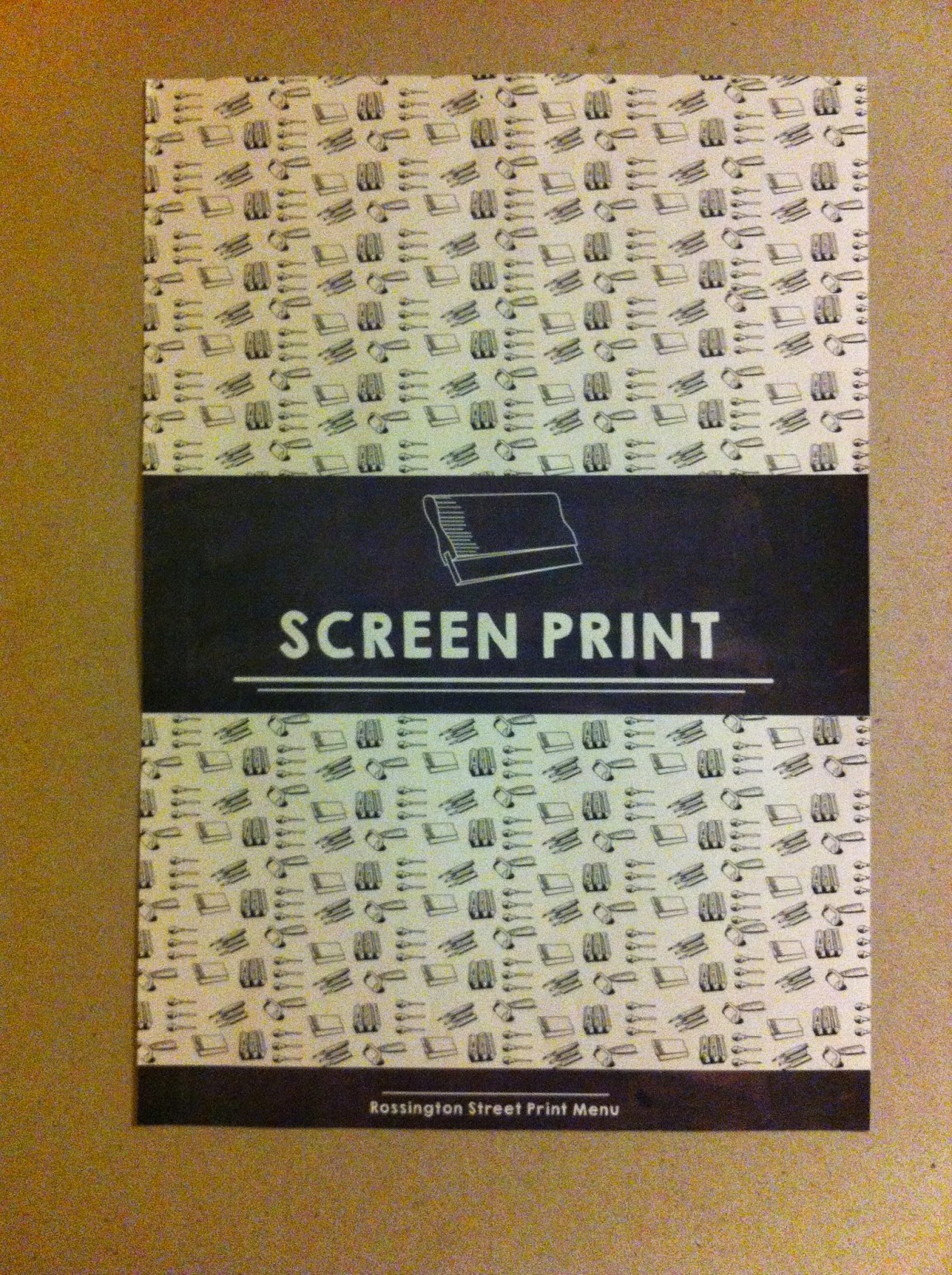 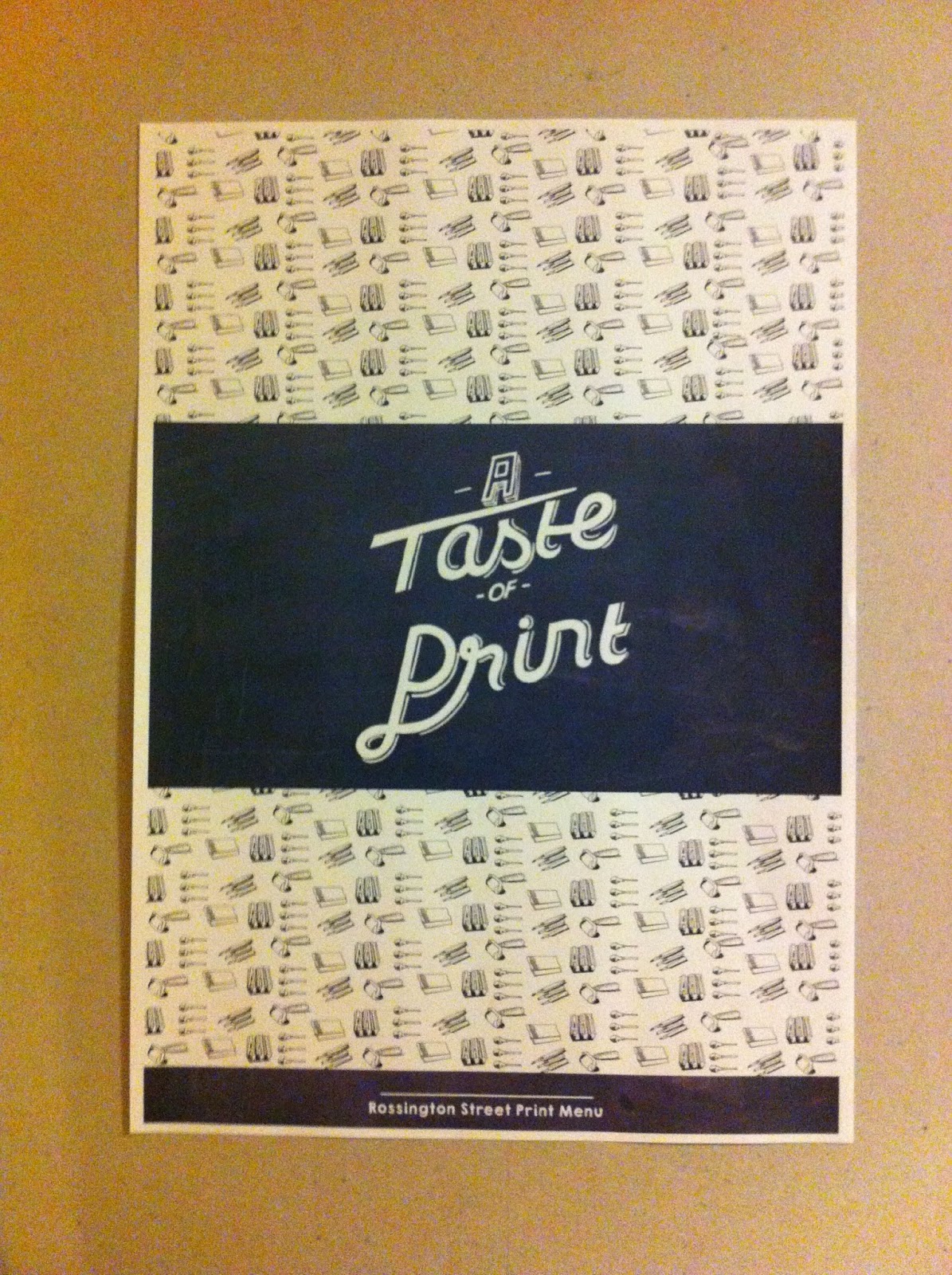 I also tried out some different ways to create a taste for print poster although I felt it was unnecessary. 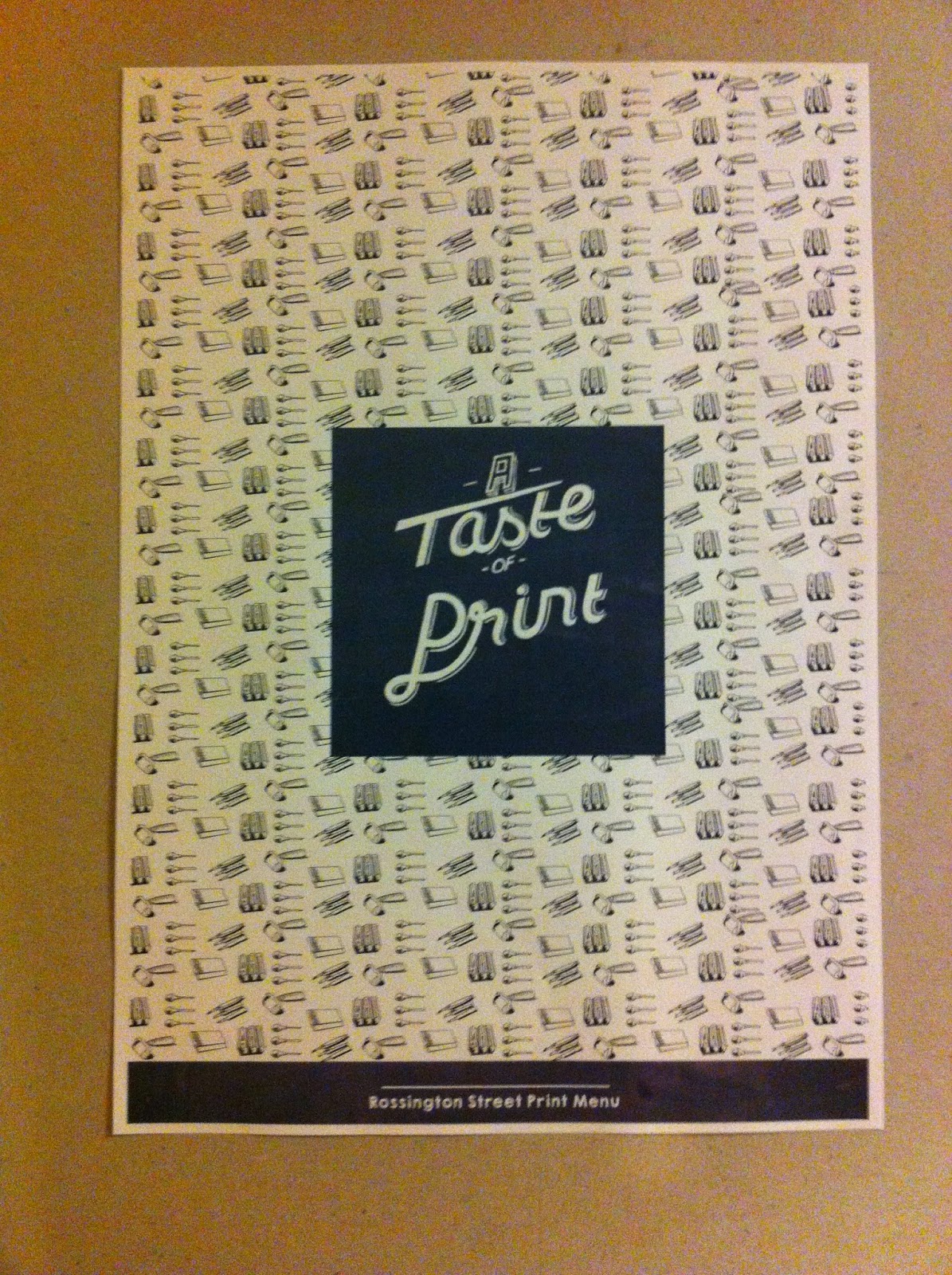 Nothing really worked and it just reinforced my opinion. I think it makes the menu more special if it is the only part with the fully hand drawn text and it makes it the central focus of the posters, drawing the students to it.