Because people at the crit suggested doing so, to soften the aesthetic of the piece I have taken some previous sketches of designs and started to combine them to create something new. 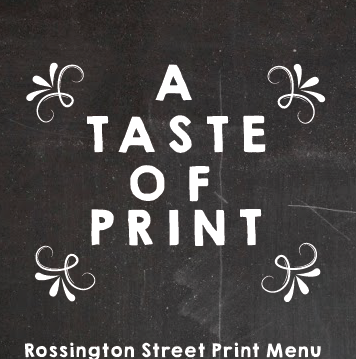 This is the cover using KG Happy font, rather than hand rendered type. 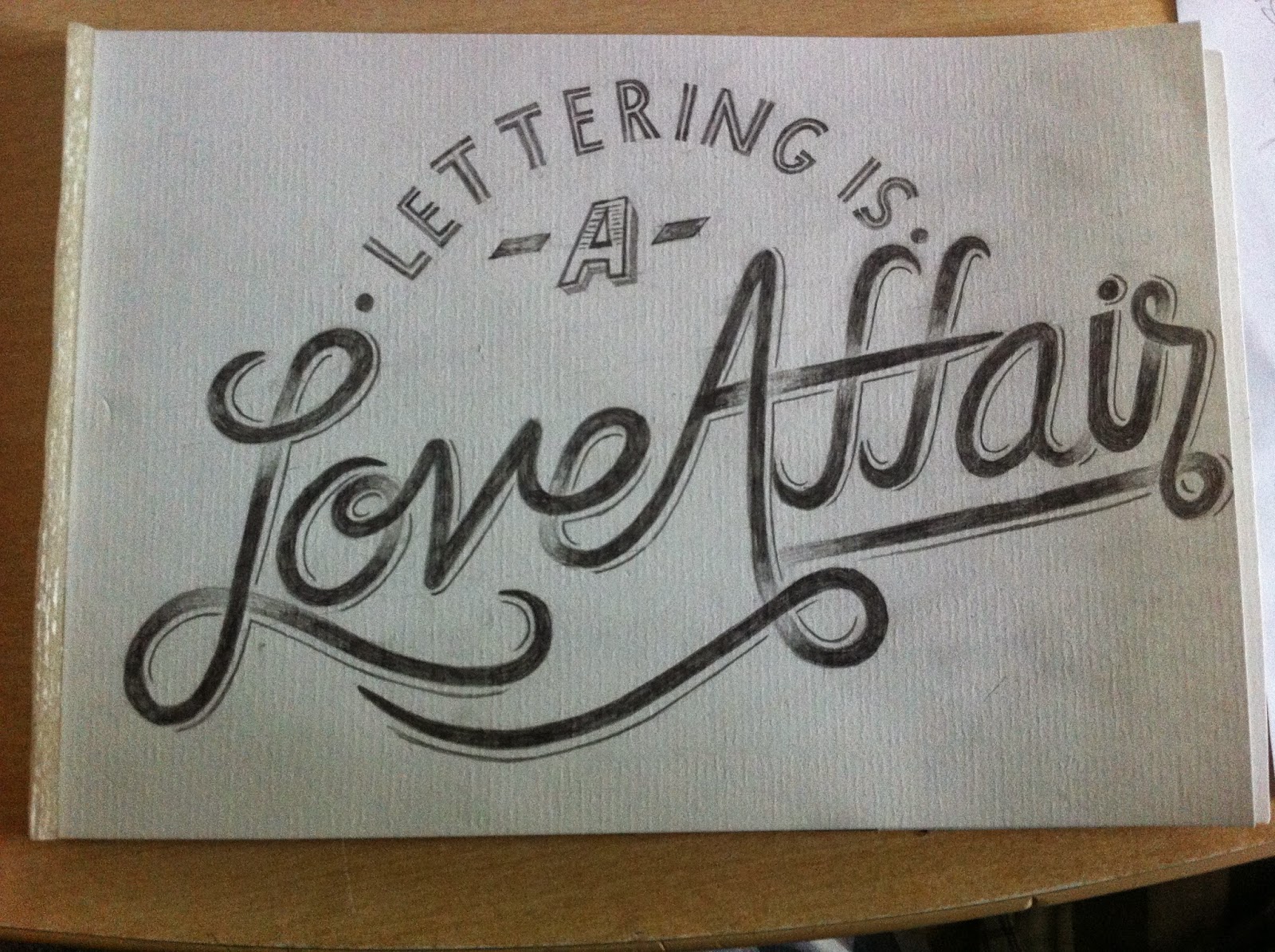 This is a design, drawn by me, but originally by drawl, which I documented in my type journal. 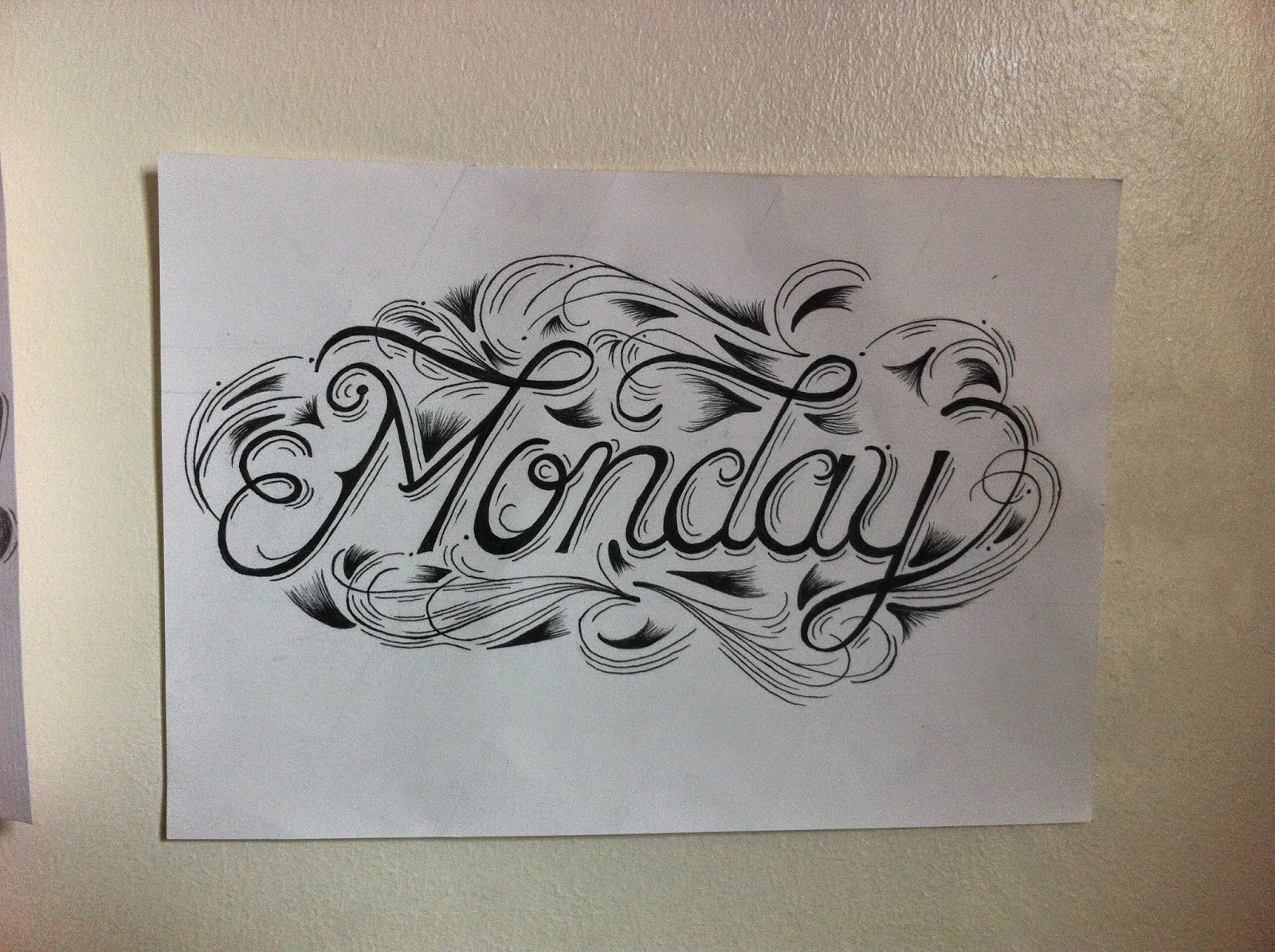 This is a different design by the same letterer. I drew on both of these designs at different stages of the development of my own type. 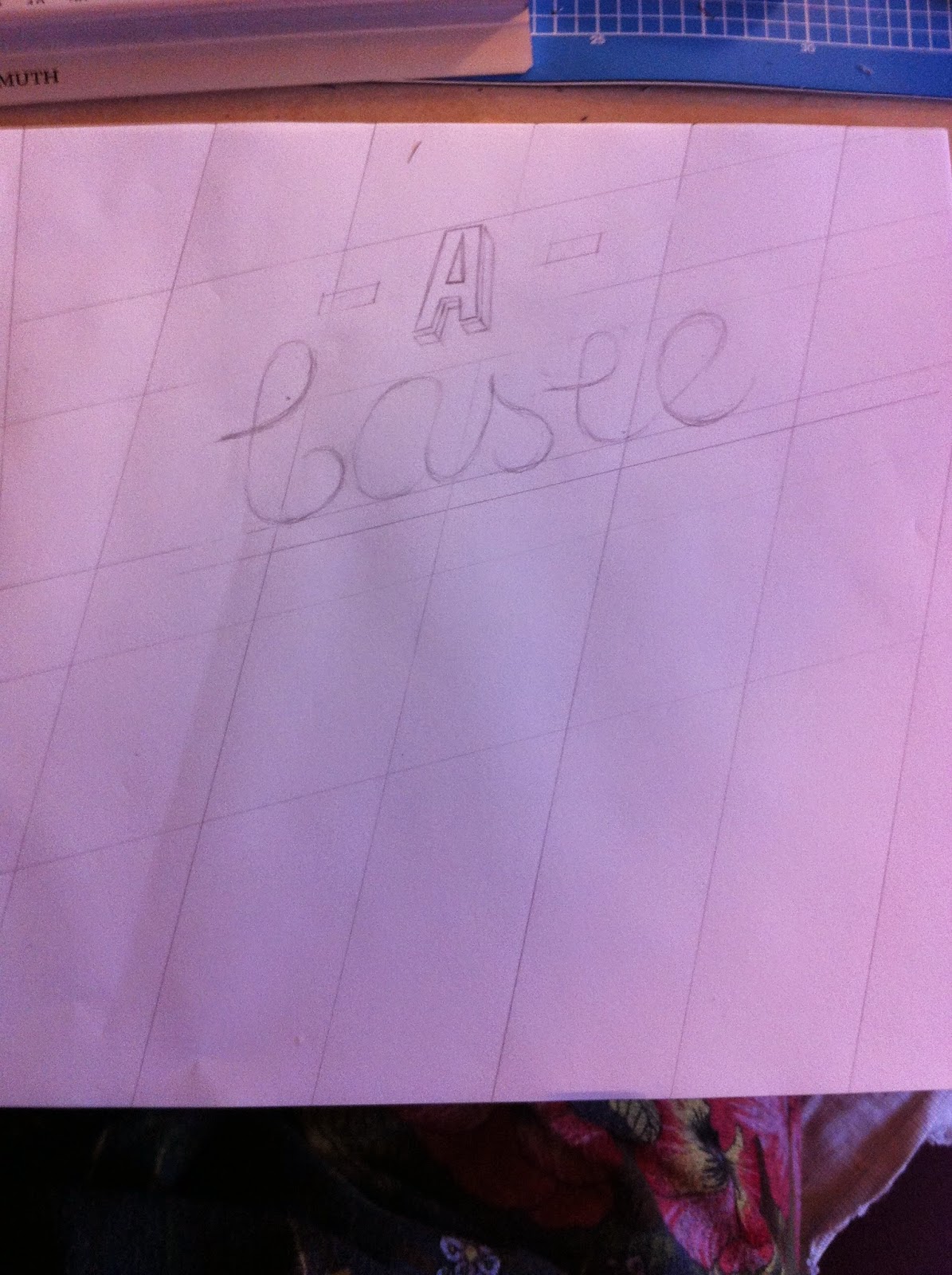 I generally find the best way to start is to draw a base line for each line of text depending on the angle you want to achieve, I then add lines for the lower case letters and descenders if present. The most important part of type like this is the degree to which it is italicised, so I also added a number of ones at the able I wanted so that I could try and achieve this throughout. 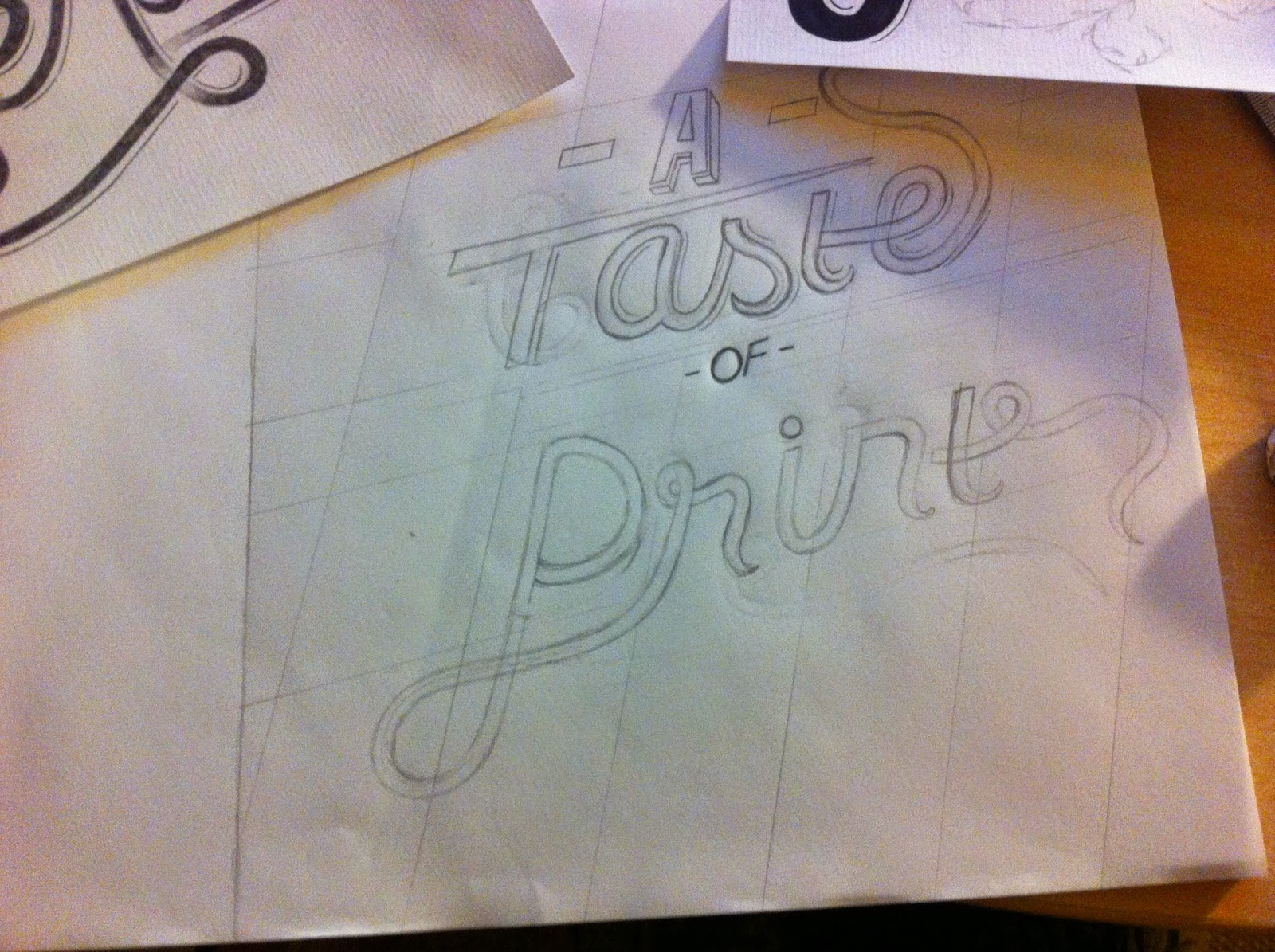 I started out adding flourishes and numerous ligatures but found that when I asked people about legibility these really got in the way. The lower case 't's were incredibly difficult to get right. the reason the font varies from word to word is an attempt to create a type hierarch to aid readability, to direct the eye to the words in the right order (hence the particularly bold 'a'). 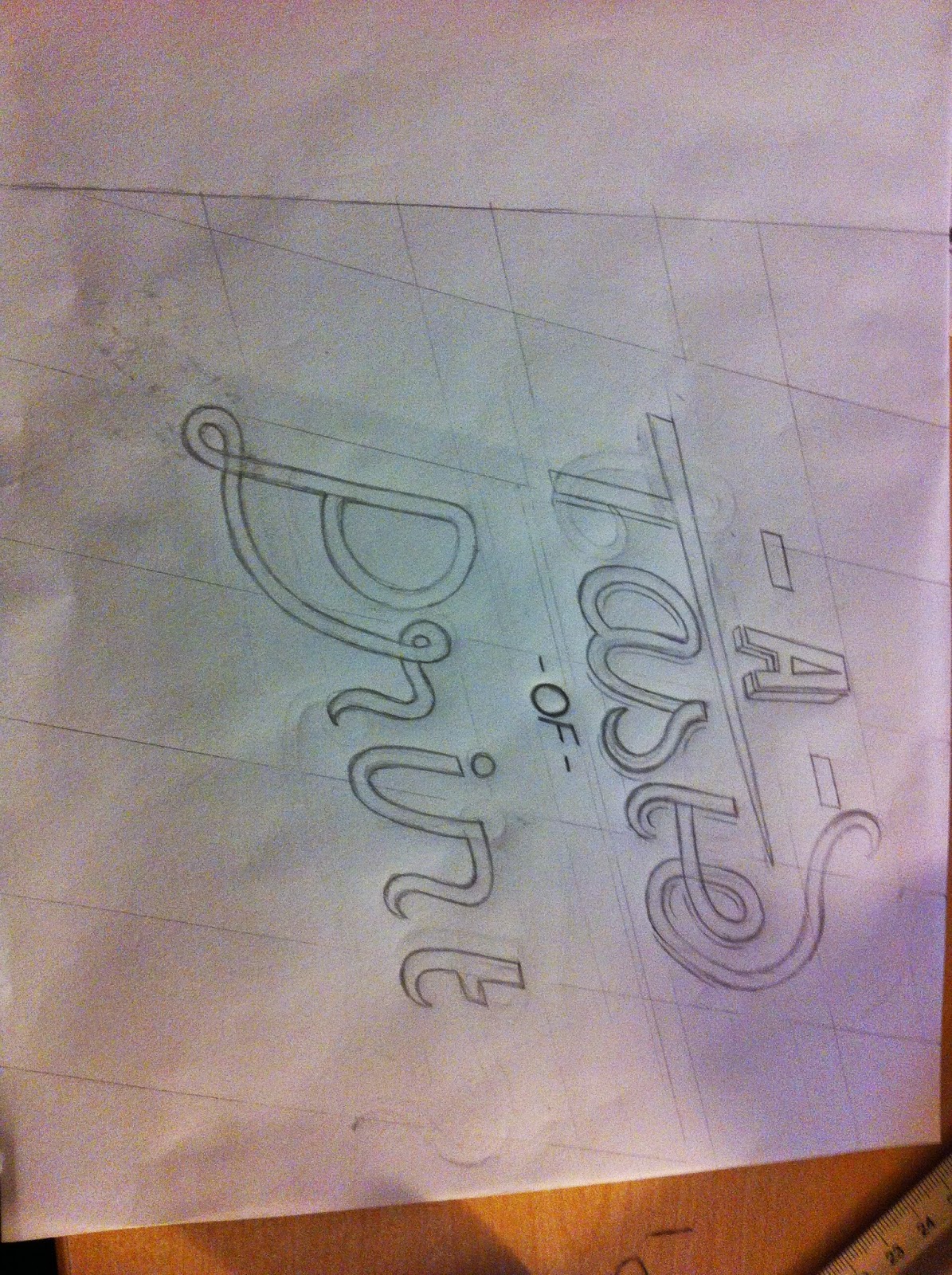 I admit that I clung desperately to the last flourish but in the end I striped it right back and I think this will be most effective when the design is shrunk down to the size required for printing onto an A2 sheet. 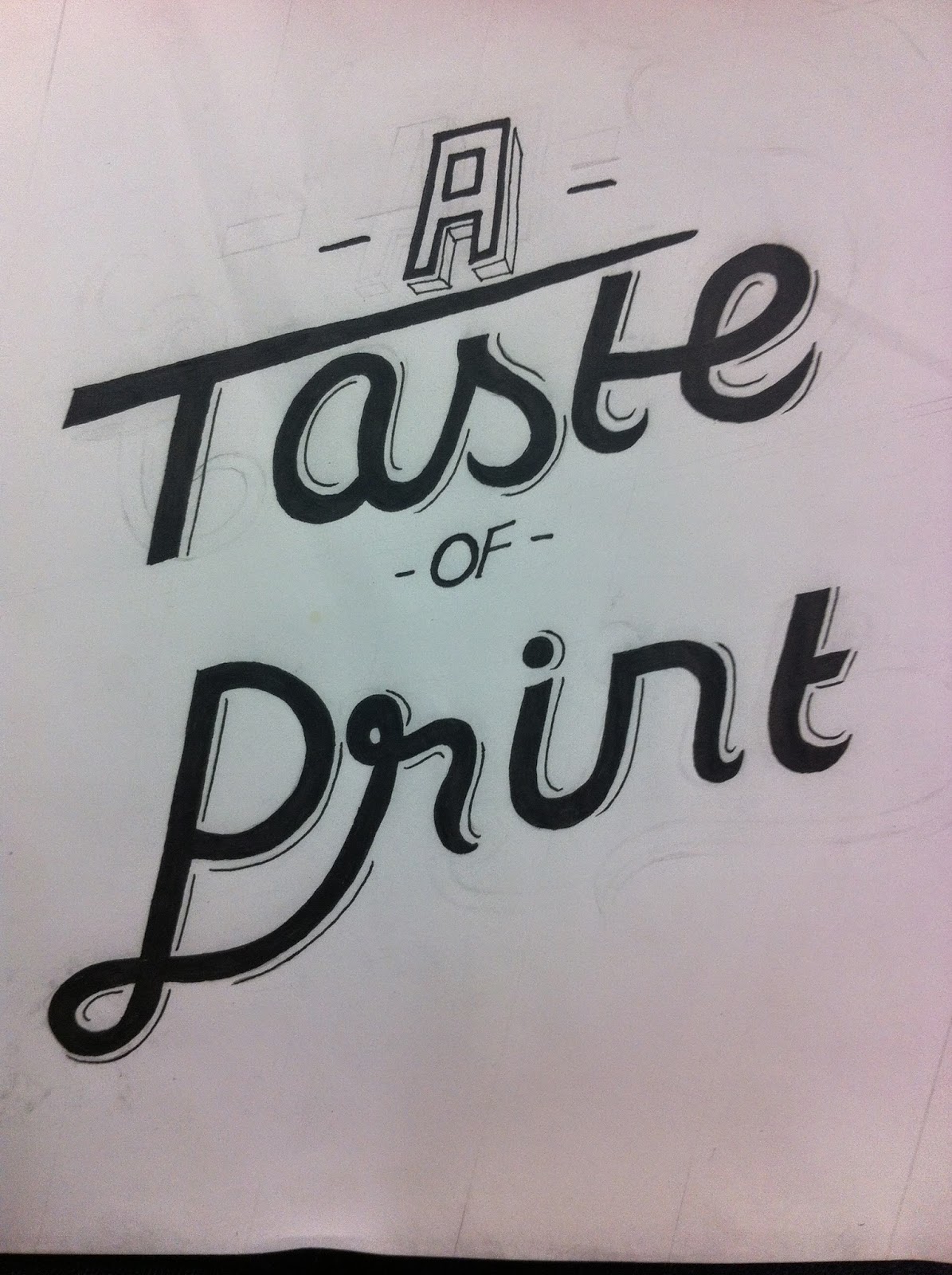 I then took the design into photo shop by scanning it in and increased the contrast before inverting the colours. I then imported the image of the chalk board texture I previously used so that I could simply place the finished cover into the inDesign document. 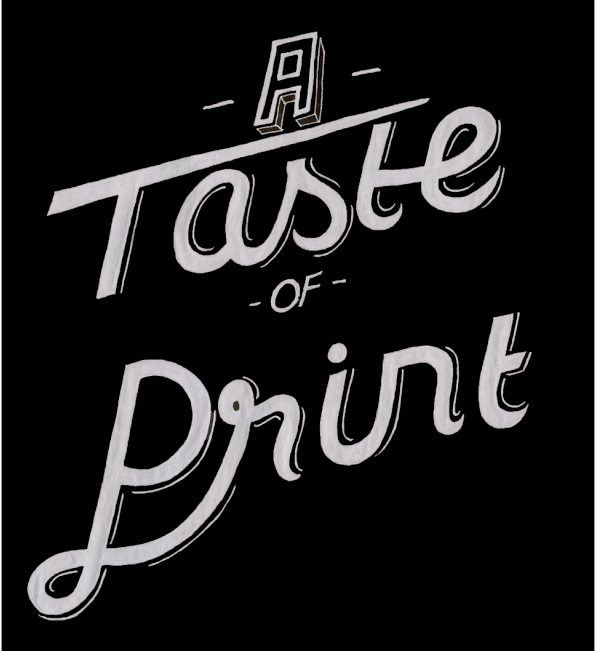