Because the concept of the society of spectacle is quite complex and needs to be relatively open to the readers interpretation I started my design work by creating a flow diagram of associations and words that might lead to a visual solution. 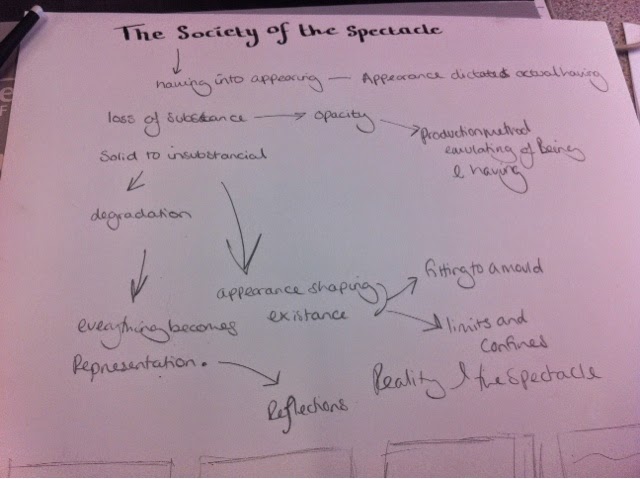 The main point of interest I found was the idea of having and appearing to have and the loss of substance that is inherent in such. The real and the appearance is what I would like to represent as well as the suggestion of the appearance shaping and editing reality. 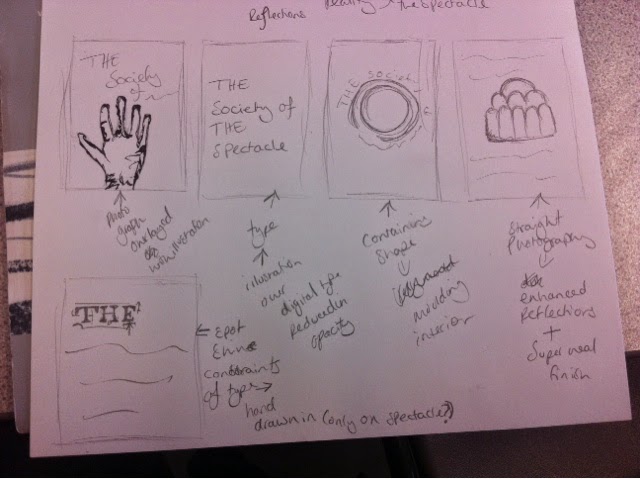 I thought of a range of image and text based designs and had a lot of trouble generating ideas that I felt communicated the idea truthfully. Two of my favorites however stem from to combination of media to represent the spectacle and reality, but the uncertainty of which is which brings another level of interest and thought to the designs.  The hand would be a photograph overlaid with ink illustration, the extra poignance of the human subject matter allowing another pause for thought. (however I do have worries about pinning down the theory too much or inadvertently putting my own interpretation on the cover,because the reader wants to interpret the text for themselves.)  The other favorite is a completely text based design which relies on using clear or spot shine print that overlays type illustration over strong sans serif digital type, constraining and going beyond the type forms.

I will go on to test both these ideas out and decide on further development.