After considering other book covers and how they explained theoretical ideas I went back to the book I am working on and read a bit more. What instantly stood out to me was not only the idea of the degradation of reality into spectacle but also how the theory is constantly related to consumerism and how appearance has become a kind of currency that we are in a constant state of illusion, believing the importance and reality of the spectacle.

When talking to Danny about the book this was also one of his main take always. I asked about whether I should avoid imposing my own reading and he said that it would actually help because the theme can actually be so dense and hard to grasp at points that visually tying it down with an interpretation would actually help.

So, considering the new themes of consumerism and group delusion I instantly made the connection to hallucinogenic drugs. 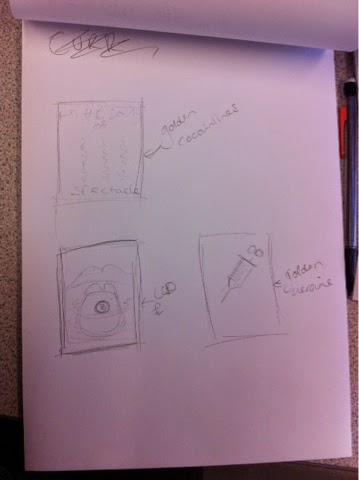 I quickly sketched out a few more ideas around this theme and came up with quite a few parallels between consumerism and drugs. the most effective three were: 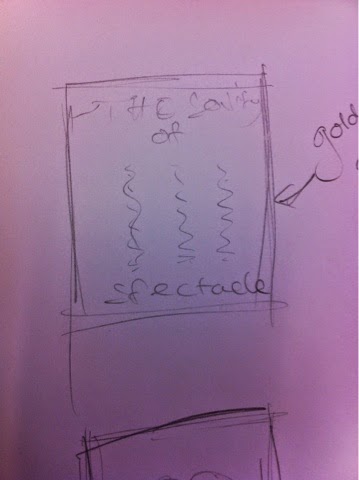 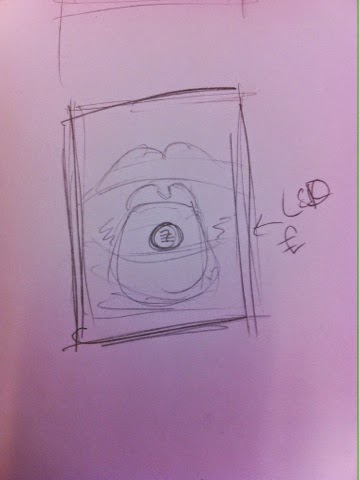 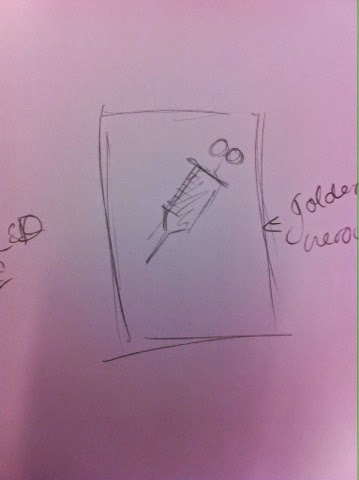 I think the two most effective communicators are the cocaine and the LSD just because they have the tone of unpleasantness without possibly being too dark. Adding these to the two strongest from my last idea generation session I have 4 total to pursue further.