Once I had designed and readied all of my outcomes for print I got into college ridiculously early for the morning drop in for digital print. I am rather frustrated that I had to do this so last minuet but it was unavoidable after I fell ill and had to go home early before the end of last term. However, things seem to be in my favour because there were no issues with the prints and I found a very interesting stock that is very similar to the stock I found for commercial print through G. F. Smith. It is a very light 110gsm rather than the 135gsm of the G. F. Smith Paper and it also has the light texture and the appearance of being uncoated whilst still achieving great vibrant colours and clear photos. Apart from the table sticker that I have produced, obviously, on sticker paper I have used this stock for the magazine insert and the coasters. 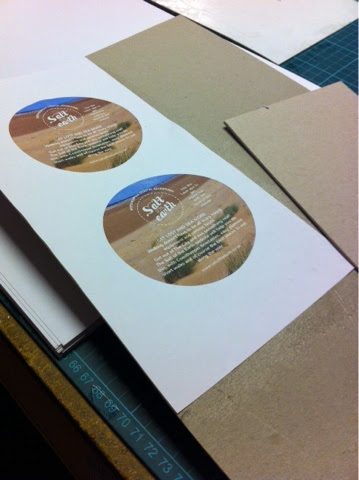 Once these were printed I headed down to the Rossington street print room to use the book binding and prep facilities. I used their circle cutter on last years PPP practical work to make coasters so I knew how to do it. However, I did experiment with different options such as sicking one side of the design onto card first and then cutting it out. The only problem with this was the thickness of the card sometimes meant that the paper was pulled. I got past this by putting the uncut card in the press while the glue dried so that the paper was in full constant contact with the card. I also tried using a thinner card for the centre of the coaster because the 2.5 cm card seemed overly thick and weighty. When using this thickness of card and cutting out each part separately and putting them together, I found that the card was prone to buckling and bending due to the wet glue. So once again I used the presses to dry the coaster after each side was applied. This produced coasters that were not exactly perfect in the meeting of each edge, but pretty close to. 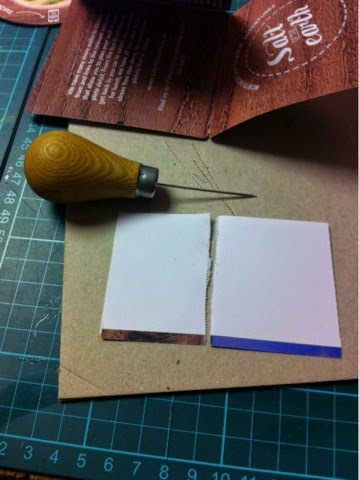 As well as the need to fold I knew the stock needed to tare when perforated; this is why I selected such a light paper. I used a thin awl and followed a fold down a scrap of the paper. It worked well, but i found it worked even better when the line of holes is traced by a very light use of a scalpel. 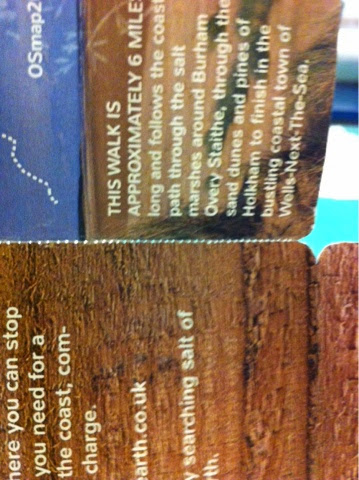 I used the die cut outline that I produced for the commercial print files at a 40% opacity as a guide not only to the general net of the insert but also the lines the perforations would take. The line down the fold of the tare out walk information was easy; I simply followed the fold. The circle on the front cover was a different thing altogether and the guide worked out really well. 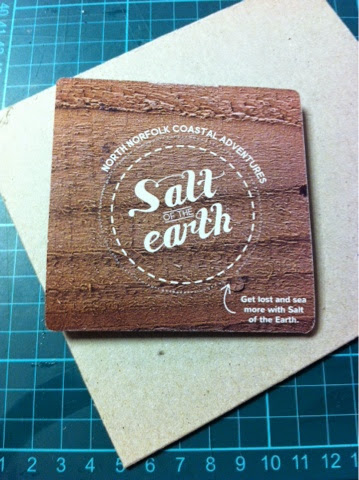 I used one of the many back up prints to try out the circular perforation, and apart from a slight nick in one place it worked really well. This reinforced the fact that I needed this light weight stock for this to work, any thicker and the tare wouldn't have been half as clean. 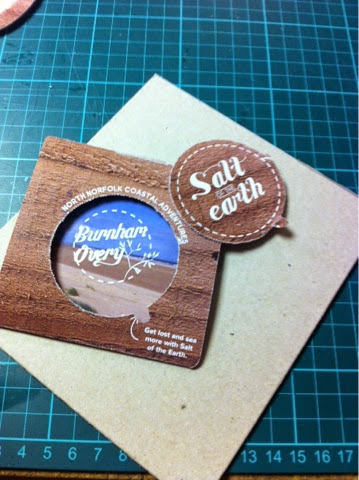 As I played around with the insert I realised that on the tab that closes the insert the print wore away as it was bent and used. At first I was worried about this but as I examined it i actually found that it looked really nice against the wood surface of the print, it looked rustic and real, all things that I want associated with my website. 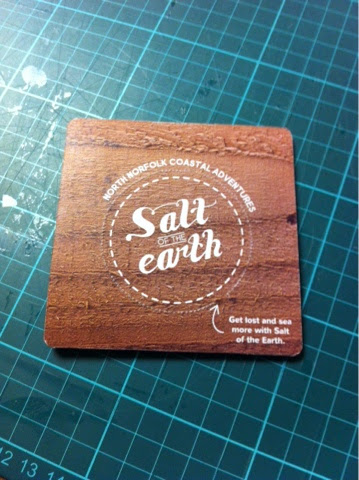 One thing that I am rather frustrated about, is the typos that I found in the body copy once I had printed. I of course when through with a spell checker but these were the kind that only a person would notice. For some reason I seem not to notice these things on screen the same way I dow when I print work out. These mistakes are one of the drawbacks of not being at college while I was working on them. If I was in college I would have printed out a test before the full print and noticed these things. At least in the future I know this and will make an effort to engrain this stage into my process.