Collaboration Partner: Jess Wood
In oder to fully understand the sort of typography that Jess and myself wanted to achieve for this project I chose two fonts (one typically 'modern' and the other typically 'old style'. I did an examination of a variety of glyphs, upper and lower case and noted the dfferences etween the two fonts. 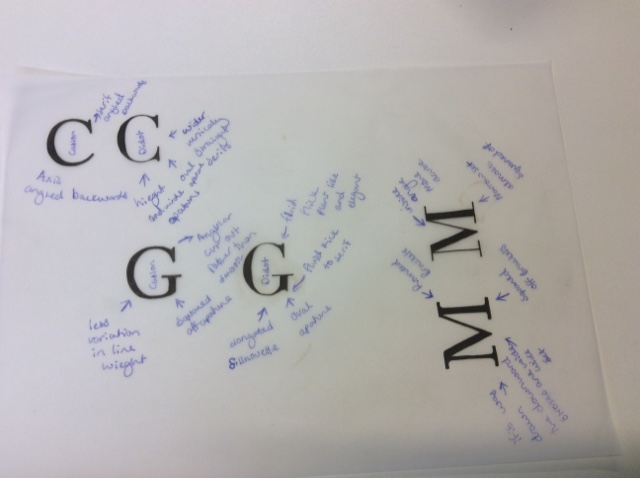 Apature shape, letter width and angle f axis were a few things that differenciated the fonts very clely frm one another. 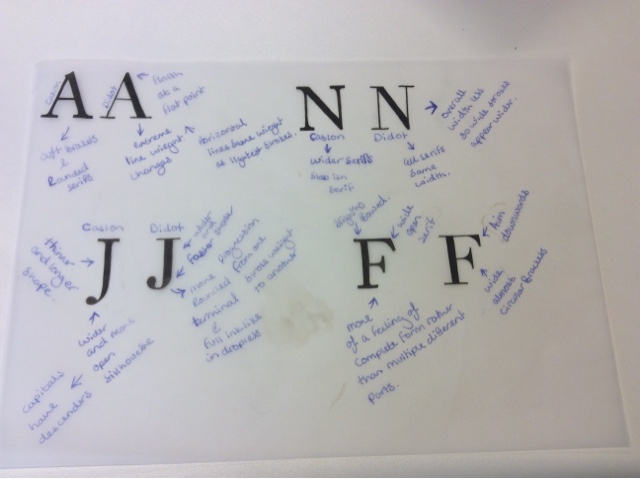 As well as whih letters had r didn't have descenders. 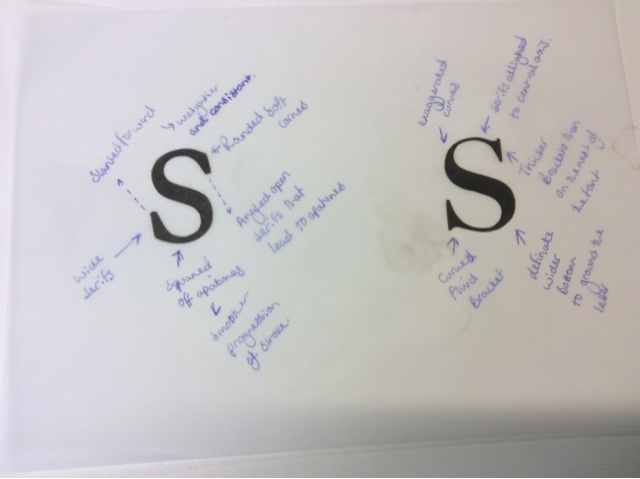 I found that often Didot took aspects that were present in caslon and eaggerated them. For example, the curves of Caslon re very rounded from a distance but on closer insection they are in fact gently squared off, Didot too this and made the most languorous curves from these shapes. 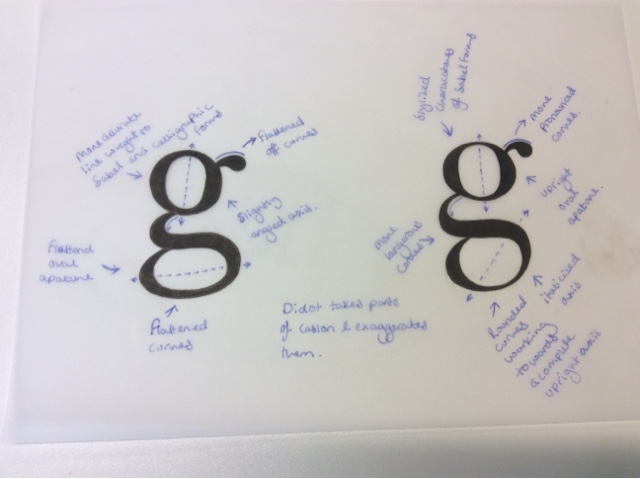 Sometimes, this works against Didot in my opinion. As can be seen above the extreme line weight changes and exaggerted curves make the didot glyph (right) seem a bit imbalanced. As a sillouette it is argubly more attractive but as a letter it reads less fluidly.

The next step is to come up with a few words that we want the font to evoke from our readers and start alligning design decisions to those.