Because we have a good grasp on the branding and aesthetic of the elections campaign creating the nominations for they asked for was fairly simple. I worked with the content they gave me (a front and back nominate yourself/someone else) and made the blue n white choice (rather than white on blue) both for the practicality of people needing to write on these and that these would be slotted inside the guide for the packs. Inside which is blue and white. 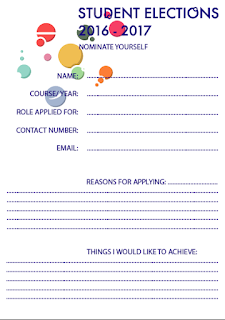 This meant that I needed to create a version of the logo that would work on this background. Although I still quite enjoy the planets on their own... 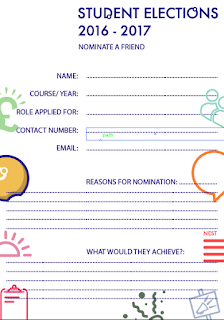 I thought it might be work integrating the iconography for the roles Billie and I have developed. However in there large format they seemed far too intrusive and distracting from the purpose of the document. 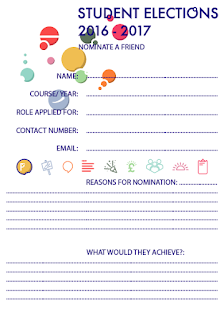 I thought of how we have used them on the back of our heads up flyer, small and in a row and tried this instead. This was far less intrusive and also gently reminds the applicant of the roles available. 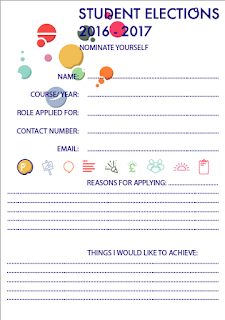 Once the updated logo with the risograph texture in the orbital rings the designs started to come together. The design below are the finals front and back. i will send them over to the SU for some feedback. 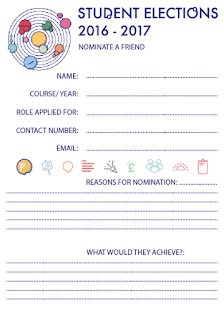 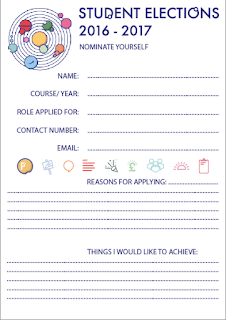